In and around the Villas at Big Trout Lodge in Liberty Lake, Max the Cat is a bit of a celebrity.

Owner Rob Martin intends to treat him as one, whether that’s the twice-daily walks around the grounds or providing high quality food and products from his local pet supply store, Pawpular Companions.

Rob and Max moved to Liberty Lake when Max was 9 and immediately looked around for a locally owned establishment that could provide quality products and expertise.

“I wanted to give Max good, high-quality food,” he said. “He was 9 then, and now he’s 18 years old. He’s still hanging in there pretty well.”

Rob said that in Pawpular Companions, he found more than a great place to pick up products — good luck finding anything other than a 5-star rating on the store — but he specifically singled out the contribution to the community by owners Carl and Mara Crowell.

“Over the years, they’ve almost been like family,” he said. “I go in there to shop every day because I’m a single guy and I don’t buy in bulk. It’s kind of like going in and seeing friends instead of going in there and buying cat food. That’s how great they’ve been.”

“Family” is exactly how Ramona Swatzell describes Carl, Mara and the Pawpular Companions team. She appreciates the trust that has been built with them since her first visit. Back then, she was a new dog owner uncertain about the dog food she was using.

“Mara came out to my car to look at my dog food and explain why some ingredients were not good and which ones were good,” she said. “Every animal I’ve gotten since, I’ve gone to them for guidance.”

Ramona said Mara and Carl’s expert advice has repeatedly been invaluable, whether it was helping a puppy released too young from its breeder to get the right nutrients while weaning, or connecting the family cat to the right shampoo and diet to relieve dandruff.

“I am a much more confident pet owner because of them,” she said. “My vets know that as well. I don’t do anything with my pets without running it by Mara and Carl first. … No matter what question I’ve had, they point me in the right direction. I wouldn’t trust anyone else with my animals.”

Rob concurs, and it makes him wonder why people would buy pet supplies from big-box stores or online retailers. While he is personally invested in research for Max, he appreciates the way the Crowells are well-educated about products, responsive to customer needs and invested in providing a service to the local community.

“Businesses that are owned by local people stick their necks out, you know, to do this,” he said. “I’m not going to go buying crap on Amazon just to support a multi-billionaire.”

He added that not only do businesses like Pawpular Companions hire local people and reinvest money in the local economy, but they provide a level of personalized attention that isn’t available otherwise. For example, they provide samples for Max — “He’s got a distinguished palate like his owner,” Rob said — and regularly ask for feedback to better improve their services and offerings.

“Mara likes to use Max as an experiment,” Rob said. “If something works that Max likes, then she might bring it in for other people who have cats.”

The bottom line, according to Rob, is the idea of neighbors supporting one another — particularly in cases like Pawpular Companions when they provide such a high level of excellence.

“They have accumulated such a following, and I think that following is because of how they are and who they are,” he said. “They just treat everybody so well, and they are definitely part of the Liberty Lake family, there’s no doubt about that.” 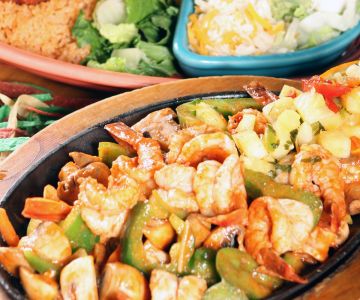 Why you’ll love it
There is nothing quite like a meal you can literally hear coming. Azteca is already well-loved for those sizzling fajitas, and this particular order doesn’t force you to second-guess which meat you wanted to feature. Put the shrimp, steak and chicken on a rotation and savor all three!

Of course, there is something for the entire family on the Azteca menu. A wide selection of authentic Mexican fare is served in a warm, Hacienda-style atmosphere, including a variety of Mexican salads, soups, burritos, enchiladas, fajitas and a “Little Amigo” menu specifically designed for children. Azteca features a broad range of desserts, alcoholic and non-alcoholic beverages, and even has entrees available for those watching calories, featuring broiled chicken breasts served with Rancho (cholesterol-free) beans. Or check out the party platters and catering menu. 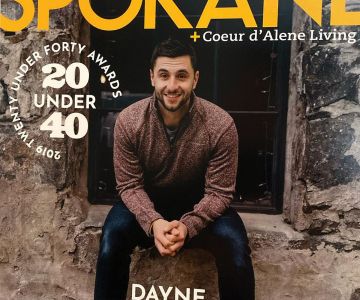