Three storylines from the past year

In the summer of 2019, the City of Liberty Lake dedicated Orchard Park, an 11-acre green space in the River District. The fully developed park features a splash pad, tennis, basketball and pickleball courts, a playground, two picnic pavilions, an amphitheater and a winding path. The $2 million project was funded primarily by the city.

Approved on the February 2018 ballot, the new Selkirk Middle School officially opened and was dedicated on Aug. 22, 2019. The new middle school, designed to accommodate 600 students, was designed by ALSC Architects and constructed by Walker Construction. That same month, the Central Valley School District broke ground on another school within Liberty Lake city limits, the new Ridgeline High School, future home of the Falcons.

Mayor Steve Peterson sought re-election as Liberty Lake’s mayor, but last November citizens chose a different direction. Steve has been with the city for many years and was a driving force for many of the positive changes that helped bring many of the projects in Liberty Lake to fruition. Thank you, Steve, for all of your service to Liberty Lake.

1. Mayor Brickner at the helm

In the 19-year history of the City of Liberty Lake, we have only seen two different mayors at the helm —until now. This year, we welcome the third, Mayor Shane Brickner. Having served on the City Council for eight years prior, Brickner is not new to the city nor the community. He also served as a volunteer reserve police officer in the Liberty Lake Police Department for more than 12 years. As Mayor Brickner settles into his new role this year, we are bound to see some changes at the city as his leadership style sets in.

The City of Liberty Lake has long debated the future of the Trailhead Golf Course, but the city has hired an outside consultant to help them develop a master plan for the property. Ideas such as incorporating the City Hall property into a single development as well as considering more community space and an expanded driving range have all got people thinking. The consultant is supposed to come back with high, low and medium cost proposals for continued discussion in 2020. Which option will the community buy into? How will the city pay for said improvements? With the current momentum, it looks like the proposal will be coming forward in 2020. Stay tuned. 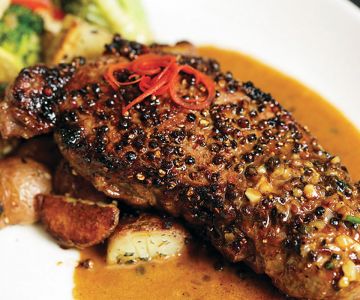 A 12-ounce USDA Prime Peppercorn Steak with a four-pepper crust and brandy demi-glace, served with herb roasted potato and vegetables.

This steak is one of the original items from the first MAX menu for a reason. One of the most popular dishes at the award-winning restaurant, it has stood the test of time.
The chefs use a blend of four peppercorns and spice, then caramelizes and sears this USDA Prime grade steak to the guest’s specifications. The finish is a French cream demi-glace reduction.

The whole nature of the dish is created by a three-day simmering process of roasting veal bones in-house to create an intense, flavorful stock, which gives the base for the finalization of the sauce and the tantalizing overall flavor. And as a bonus, the dish is gluten free! Paired with a MAX house wine and complimented with a full menu of appetizers, entrees and desserts at one of the region’s premier dining establishments, this dish is a can’t-miss culinary experience. 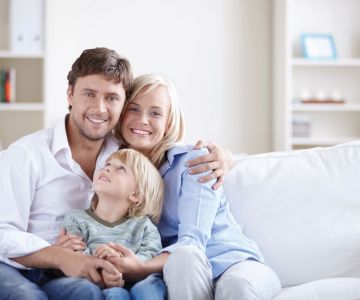 Ready to challenge your chompers? Mint Condition Dental has just the quiz for you!

Download the PDF or check it out in the pages of the 2020 Liberty Lake Yearbook.