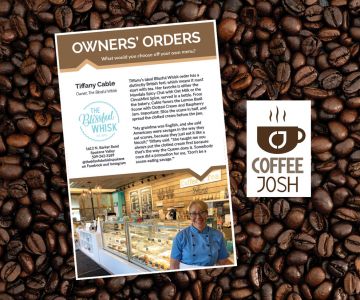 Are you a “scone-eating savage”? Blissful Whisk Owner Tiffany Cable prepares her scones like the Queen of England thanks to long-remembered advice from her grandmother.

My free gift to you: Learn how to enjoy a proper scone and tea like the Queen and discover other standout coffee, tea and food options that fuel the people behind 10 of your favorite Inland Northwest coffee shops. In fact, I’ll email you a link to the downloadable PDF right now.

As a bonus, you will be alerted to new coffeejosh.com content in your inbox, introducing you to inspiring people and caffeinated destinations in the Inland Northwest. (Just here for the free gift? No worries. Unsubscribe anytime.)

Enjoy the content, and see you soon at your favorite local coffee shop!

Have a suggestion for a local shop or personality we should feature in a future post? Contact Josh! 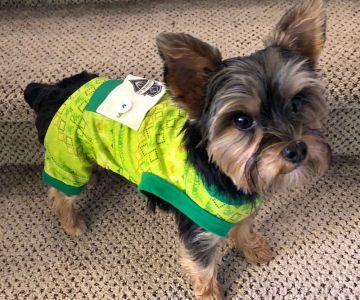 Note from Josh: The letter below ran in the front of the 2019 Liberty Lake Yearbook. I include it here because Fifa does a good job explaining where some of our “sponsored content” comes from. Starting with our 2020 Liberty Lake Yearbook, “content marketing” pieces from our print publications will also be included in the “Friends” section of this website.

Dear Liberty Lake citizen: Master is distracted by the start of the Seattle Sounders soccer season, so I thought I’d jump on his computer here and make a few revisions to his boring publisher’s letter that no one ever reads anyway. He can be so pompously insulated from reality sometimes.

So it looks like he wants you to know this book is about celebrating Liberty Lake. Duh! What else were we going to do? Complain about the view? That’s like saying table scraps are worth keeping an eye out for. Of course they are!

Moving on. So I guess you should know there are 60-some businesses who make this publication possible. Without them, I’m told Master would not have any money for Pawpular Companions, and it’s way past time this girl had a shopping spree.

Here is something supposedly important because Master ran on about it: Each business has an ad and was offered the chance to be spotlighted in a story. Apparently Master thought it was so important to tell you this because he wants you to know the difference between stories that were done with an advertiser and the stories that were done independently because of something about him being a journalist and so he has principles. Ha!

And … I just deleted the rest of the letter because it was incredibly boring. You’re welcome!

People of Liberty Lake, I just wanted to tell you I love you unless you walk in front of my house. If you do that, I will bark at you for at least 15 minutes after you are out of hearing range.

P.S. Ponti Veterinary Hospital: Look, I’m going to weigh in a touch on the Porky Yorkie side when I show up for my next appointment. I feel like I haven’t been on a walk since the balmy days of January, with all the snow and Master’s press deadline.