Don’t tell Ed Elliott you’re not supposed to choose favorites. The marketing director for Liberty Lake Papa Murphy’s and five other Inland Northwest franchises has spent the better part of two decades making, baking and sampling every pizza on the Papa Murphy’s menu.

But bump into him leaving the store on a Friday night with a take-home pie? It’s going to be the Herb Chicken Mediterranean.

“Honestly, it’s the healthiest, best-tasting pizza I’ve ever had,” he said. “I’ve been doing this for a long time. I still eat that pizza. I’ve never burned out on it.”

For Elliott, the allure begins with a “very Italian, really simple sauce” consisting of chopped garlic in olive oil. A bit of added Greek influence give the pizza its Mediterranean name.

About the only thing he likes better at Papa Murphy’s than the Herb Chicken Mediterranean is the team he works with every day. From the Liberty Lake crew, to the teams at the other locations, to the local, family ownership, Elliott is proud how every person is truly “part of the family.”

The local franchise is operated by a business founded in Hayden in 1992 by Inland Northwest residents Bill and G’Nell DeLack. 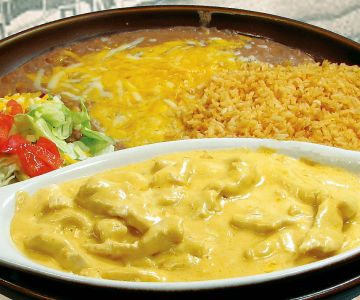 First off, a confession. The writer of this piece (Yearbook publisher Josh Johnson) ordered Pollo con Crema the first time he dined at Palenque in January 2004. He hasn’t swerved from this particular menu item for 15 years since. If you like creamy and cheesy, this is your order. Bonus tip: After filling your final tortilla with the chicken, take your rice for a swim through the remaining sauce. Delicioso!

Located on Trailhead Golf Course, Palenque is a perfect option for year-round dining with a view. Most of the seating opens to a wall of windows looking out over well-manicured fairways and the majestic mountains that embrace Liberty Lake. When the weather is nice, the patio dining pairs perfectly with an authentic Mexican meal
and margarita. 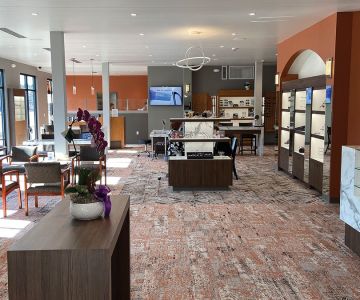