Throw Down cancelled for 2020

The second annual Liberty Lake Throw Down, a cornhole tournament that raises support for two of the community’s premier nonprofits, is the latest in a series of COVID event casualties. The event was set to return Aug. 29 to Orchard Park.

Note: The text below was written before the event’s cancellation but sheds light on the nature of and spirit of the Liberty Lake Throw Down. Well received in its inaugural year, organizers hope to see the event return. … 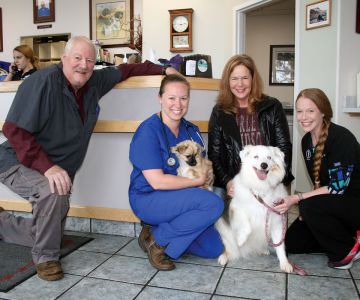 But Bumble is just one of hundreds of incredible stories originating out of Double J Dog Ranch, a rescue and re-home sanctuary for special needs dogs in jeopardy of euthanasia. For some, the ranch offer hospice care and a great life on the 50-acre Hauser Lake ranch. For many others, Double J is the springboard into a new, loving home.

Cristene Justus is the founder of Double J Dog Ranch. The dogs experience a home environment and receive care from a dedicated team of professionals, including health care, nutrition and behavior. One of Double J’s raving fans and health care partners is Ponti Veterinary Hospital.