Judging by its life-impacting client reviews and a bright and beautiful new 3,000-square-foot environment in Liberty Lake, more great things are in store for Sarah Hamilton FACE.

The 5-year-old Liberty Lake aesthetic clinic ranks in the top 1 percent nationally among cosmetic injectable practices and was voted the No. 1 med spa in Spokane and Coeur d’Alene for the third consecutive year by readers of the Inlander. The new space will just further this mission.

“We are an immersion of a medical and spa-like environment,” said owner Sarah Hamilton. “Our new medical aesthetic clinic offers a sleek, calm, inviting and bright space.”

The success starts with the experienced team of six providers. Hamilton herself has 17 years as an aesthetic nurse and national trainer for two companies.

“I really enjoy training and educating colleagues,” she said. “As a national trainer and speaker for both Allergan and Galderma, the two main medical product companies used in our industry, I am able to give back and help other injectors learn the safest and best techniques. At FACE, we are known for and focus on a natural-looking, global approach to facial cosmetics, emphasizing healthy skin and subtle enhancements.”

Sarah and her team’s goals are to provide that “undetectable” injectable results with Botox and fillers: You leave looking more rested and refreshed but not overdone.

While patients come from throughout the region, including as far away as Lewiston and Tri-Cities, Liberty Lake is home for Hamilton. She and her husband, Joe, have lived here since 2000, raising three kids and investing in the community, its schools and local nonprofits. Together, they founded Pilgrim’s Market, an organic grocery store in Coeur d’Alene they have owned and operated for the past 23 years. 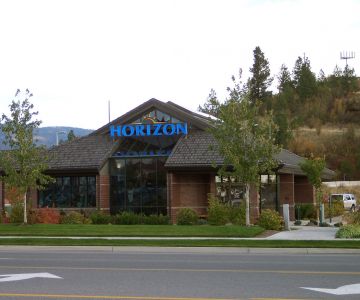 When it comes to your money, it’s not just about transactions — it’s about teamwork and your unique path toward your goals. But how do you find a team that backs you up on your financial journey?

Money is part of everyday life, and the way you use it now can have an influence on your future. It’s important to find a financial team that brings valuable experience and knowledge to the table to support you wherever you’re headed.

If you’re embarking on a path you’ve never travelled, a good team can help you achieve dreams like getting a loan for your first home, venturing into the realm of retirement planning, paying down debt and more.

Your team at Horizon Credit Union:

Find your guides at hzcu.org.

A reliable map and the right tools can help you arrive where you set out to go. Being prepared makes it easier to overcome obstacles along the way.

With our online Financial Training Ground resource center, we’ve packaged up need-to-know tips, tricks, tools and information to help you navigate toward your goals. The best part is, anyone can access these resources for free!

Visit hzcu.org/trainingground to learn for free — even if you’re not a member yet!

Grow Toward Your Goals

When it comes down to it, money is about your vision and achieving your dreams.

At Horizon, we’ll use our resources to help you improve your financial journey and enhance your path in life — whatever that means to you.

Visit hzcu.org to explore the Horizon Credit Union experience rooted in good old-fashioned service and top of the line technology — all designed to help you achieve more with your money. 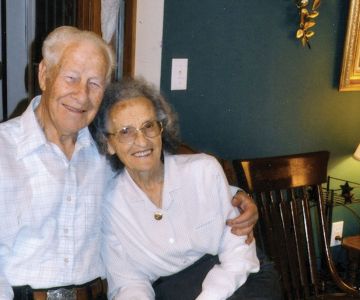 When Delmer and Marie Bault make a commitment, it’s for the long haul.

They lived in the same 24th Street home in Spokane Valley for 60 years.

They have attended the same church, Greenacres Christian Fellowship, since they were married (in Delmer’s case going on 78 years).

Most important, they have been married 74 years this past December.

So when they were looking for a home to transition to for their next phase of life, they made sure the choice was one that would stick. The 95-year-old Delmer and his 91-year-old bride will tell you they chose well with Liberty Lake’s Guardian Angel Homes. The couple started out in an independent living arrangement before moving to assisted living last year after Marie broke her hip. The entertainment options, provided transportation and great friendships are favorite aspects of Guardian Angel life, and the delicious food received special mention.

“If I want to cook, I can; I haven’t wanted to yet,” Marie said to laughter. “There are good cooks here. I’ve gained weight.”

Guardian Angel Homes Administrator Joan Estudillo said the Baults are an inspiring couple to the staff and other residents, so much so that they surprised the couple with a 74th anniversary party in December.

“They are a lesson on how love can endure,” she said. “People do stay together these days. Relationships do endure, and people can still love each other after many years.”

To the Baults, enduring love has come with a good sense of humor, a strong faith and a commitment to work through disagreements without letting problems fester.

“We try to agree,” Delmer said. “We didn’t always hold to it, but mother always said, ‘Never go to bed without making up.’”

Grandson Rob Bault notes the outward-focused activities of the couple continually united them over the years, whether that was taking people to church, visiting nursing homes (where Marie would play the piano) or serving local nonprofits like UGM, his grandparents were always putting others first.

“I describe them to my family or friends who don’t know them as probably the strongest people I’ve ever seen in their Christian belief,” he said. “If you want to look up a definition of true Christian, it’s going to have their names on it.”

The couple enjoyed a short engagement before being married in 1945. They had a son, and Marie looked after him and watched many other children in the Spokane Valley community while Delmer pursued a career in the railroad and with Inland Empire Paper. They spent decades serving the greater Spokane community, often quietly behind the scenes, before deciding a couple of years ago it was time to move into Guardian Angel.

The hardest part was the month they spent apart after Marie’s broken hip, when she was at a rehabilitation facility. While Rob and the Guardian Angel staff moved the Baults into an assisted-living apartment to ease Marie’s return, Delmer visited Marie every day, all day, taking his meals there before returning back to Guardian Angel in the evening. Rob said he could tell this period was rough on his grandfather, who was used to life alongside his 74-year companion. For her part, Marie jokes with Delmer about his missed opportunity to be “footloose and fancy free,” but quickly turns sentimental.

“I’d be lost if I didn’t have him,” she said. “I don’t know if I could live even a week without him, not seeing him.”