Growing up in the 1980s, Tamryn Parker-Carver and her husband, Scott, both had braces, and they both remember the trauma of having permanent teeth pulled because there wasn’t enough room in their mouths.

It came as no surprise, then, when their family dentist told them children Sylvie and Joel both had extremely narrow palates. The kids were facing severe crowding issues and the possibility of future extraction of permanent teeth.

Fortunately, his recommendation was a familiar one: Go see Dr. Ralph.

While teaching piano lessons in Liberty Lake, Tamryn saw dozens of students file in and out of her house with braces. Normal small talk revealed the same thing time and again: They saw Dr. Scott Ralph of Liberty Lake Orthodontics, and they loved him.

Now, it was her kids’ turn. She took Sylvie to Dr. Ralph as a kindergartner, and Joel as a first-grader. Both entered into a two-phase treatment she only wishes would have been available when she was younger.

“I love his philosophy of two phases of braces because it makes so much sense to me,” said Tamryn, who now teaches music at Liberty Lake Elementary School. “It is to preserve ultimately healthy permanent teeth.”

In the first phase, both children’s palates were expanded. Tamryn said in Sylvie’s case, front teeth were pulled back together as part of the process of getting everything aligned for the arrival of permanent teeth. Using terms and details gained through many appointments, she described how the first phase dialed in both children’s bites as well.

“I’ve learned a lot about orthodontia from Dr. Ralph,” she said. “I’m not an orthodontist, but I can play one on TV.”

Earlier this year, Sylvie started her second phase, and Joel is on a similar trajectory to follow suit soon. Tamryn marveled how Sylvie was actually excited to get her braces and how both kids look forward to orthodontic appointments — “they do make it fun there.”

As the responsible parent, Tamryn added that she appreciates the clarity and manageability of the payment plans, all part of an overall practice experience she has grown to appreciate and trust.

“He’s just smart,” she said of Dr. Ralph. “He’s done a lot of research and knows a lot about the different kinds of methods for orthodontia, and he goes with what he truly believes in. Working on saving those healthy permanent teeth is so important. Why pull perfectly good, healthy teeth? There’s no reason for it.”

While Dr. Ralph sees many patients like Sylvie and Joel, Liberty Lake Orthodontics is a full-scope practice serving patients of all ages with braces and Invisalign options.

“My practice philosophy has always been to provide people with a common-sense approach to treatment that is safe, affordable, portrays the big-picture perspective — and maybe is a little fun along the way,” Dr. Ralph said. 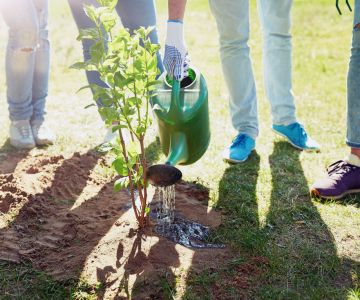 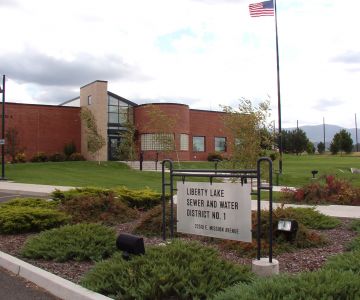 Why is the Liberty Lake Sewer and Water District a separate entity from the city of Liberty Lake? The answer to this question is often misunderstood by the community. Many don’t even realize we are separate entities. It’s a great question, and I always appreciate the opportunity to share how history, focus and funding all contributed to the formation – and continued success – of the district as a standalone entity.

Like many great beginnings, the Liberty Lake Sewer District was formed in 1973 to solve a problem.  After years of intense use, the water quality of Liberty Lake was deteriorating and regularly plagued with toxic algae blooms from septic tank effluent. In response, the community petitioned and voted to form a sewer district as a Special Purpose District in the state of Washington. In 1977, the district requested that the legislature amend the law to allow Special Purpose Districts to spend funds to protect lakes. The legislature gave districts the protection authority in Section 56.08.013 RCW (recodified as RCW 57.08.005). Water service was added to the district in 1978. The service boundaries of the district include the neighborhoods south of Sprague Avenue that were not included when the city incorporated in 2001. Of course, this unincorporated area includes the lake itself, and lake management remains a central cog of the LLSWD mission these 46 years later.

Lake management remains a central cog of the LLSWD mission these 46 years later.

The LLSWD is a special purpose district, an independent, limited-purpose form of government provided for in Washington state law (RCW 57). There are 182 sewer and water districts throughout the state of Washington, operating in 34 of 39 counties. These provide water and sewer services to one quarter of the state’s population. This is our sole focus: “Serving people and the environment” by providing safe and reliable water and sewer service and effectively treated wastewater, while preserving and protecting the lake, aquifer and Spokane River.

Everything we do is funded directly by those using the services. We are publicly owned and operate the water and sewer services as separate enterprises, allowing us to directly link every cost to the benefit it serves. Special

purpose districts like LLSWD do not have taxing authority, and we do not assess utility taxes on our services. Combine that with staff and leadership committed to safe, reliable, and transparent services, and our books truly tell the tale of an accountable and efficient district.

Nail your next coffee shop order!

Sign up for the free CoffeeJosh newsletter and immediately receive our “Owners’ Orders” PDF, featuring coffee and food selections so tempting, they are what local coffee shop owners make for themselves.