Marissa Youngers knew a little something about the team at Meadow Wood Children’s Center before placing her child, Chandra, into their care. She attended MWCC as a school-ager in the 1990s with her younger brother, Trevor.

Fawn Dunn is the director of Meadow Wood Children’s Center, a family business she has been a part of since July 1995. She remembered Marissa well when she came to tour the facility with her husband as an expectant mother before Chandra was born.

“Chandra started in the infant room at Meadow Wood Children’s Center when she was 3 1/2 months old,” Dunn said. “She is now in our toddler class and is doing wonderful.” 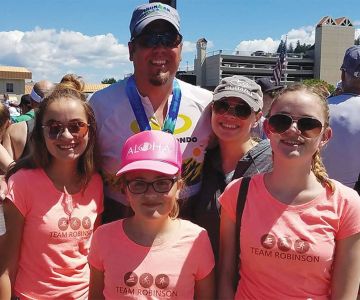 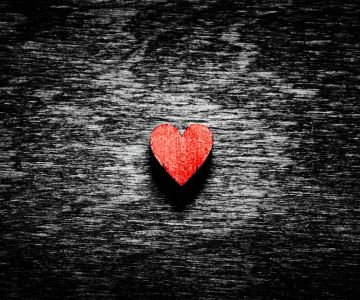 “Everyone thinks forgiveness is a lovely idea until they have someone to forgive.”

Longtime Liberty Lake counselor Charles Finck loves this C.S. Lewis quote because it’s a reminder of what most of us have been taught: Forgiveness is important.

“The problem is that no one taught us how to do it,” Finck said.

Teaching forgiveness is a true mission for Finck, who through hundreds of counseling sessions and his book, “As We Forgive Those,” has helped bring healing and restoration to thousands of hearts.

The method: a simple prayer that takes the reader through six uncomplicated steps toward freedom in relationship with others and God. “Each step of the forgiving prayer has a price to pay, an action on our part, and a consequence,” Finck wrote. “Each requires of us things that are difficult, sacrificial, and sometimes painful, but the results are godly, countering our fleshly desire for revenge or payback.”

Finck said his book teaches biblical truths that bring freedom and healing, pointing to the ultimate example of Christian forgiveness solidified by the death of Jesus Christ on a cross.

“When we forgive we are proclaiming what Jesus did on Calvary,” Finck wrote. “He went to the cross after anguishing about it, even after asking if this cup could pass Him by (Luke 22:42). Jesus chose to have faith that in His obedience, His Father would work through Him. We can depend on the same results when we are obedient to our heavenly Father— healing in our hearts and blessing to those who have hurt us. By choosing to forgive, we are giving God permission and clearing the path for God to do a miracle in us and through us.”