Remember the “West Wing” episode that opened with Josh Lyman pulling yesterday’s coffee filter out of the kitchen trash to re-use for his morning brew? Yeah, let’s go ahead and use that as the baseline for no-nos when it comes to making coffee at home.

Are you coffee lazy like Lyman but, you know, actually want the liquid in the cup to taste good? Me too. Here are three yes-yeses that have helped me upgrade my at-home coffee experience with minimal effort — and the two I want to try next.

When possible, I buy directly from the roaster. For example, at Spokane-based Thomas Hammer Coffee Roasters, you can buy a pound of beans from a Thomas Hammer shop within a week of roast date. You can purchase the same coffee from a local supermarket bin, but there are fewer controls in place to guarantee freshness.

Gasses, including carbon dioxide, are built up inside the bean during roasting. A lot of those gases are released in the first few days following, and that’s actually a good thing for taste. The sweet spot for brewing comes after a short period of post-roast rest.

However, some of the carbon dioxide that remains over time is an important indicator of freshness. If beans sit too long, the flavors lack spunk and become stale.

This process accelerates more quickly once the beans are ground. In addition to losing carbon dioxide more quickly, ground beans open up more exposure to humidity and oxygen, both of which impact the richness and depth of your flavor.

I said yes to a burr grinder.

Coffee loses much of its flavor within 30 minutes of being ground. Google it. It’s a thing.

Also a thing: If you can only spend money on a fancy coffee maker or a grinder, choose the grinder.

Earlier this year, I bought a manual burr grinder. It’s adds a couple minutes of work, but the electric ones are expensive, and I’ve enjoyed how it’s become part of my morning ritual.

Does it really make a difference? Uh-huh. Even I noticed it with a side-by-side test — fresh, burr ground vs. pre-ground.

So what’s the problem with the less expensive blade grinders? The difference is in getting an even grind. Dialing in your grind size with your brew method is important for proper coffee extraction. Grind it too coarse, and the resulting brew could be too weak. Grind it too fine, and the coffee will be over-extracted, causing a power-packed flavor hodgepodge best described by the word “bitter.”

The more erratic grind produced by a blade results in a mishmash of particles extracting at different rates, causing uneven flavor. There is a science to coffee, so aim to control the variables as much as possible.

I said yes to cleanliness.

When it comes to your coffee equipment and materials, treat it like the playlist for a middle school dance: Keep it clean.

Follow the care and cleaning instructions. Keep vinegar on hand for occasional deep cleanings. Google a how-to video if you have to.

This one seems basic, but oil buildup is a thing, and it impacts your flavor (think burnt to a crisp with a hint of earthiness).

As for coffee ingredients, make sure your water supply is also clean and pure (one of the most important of the five flavor factors since water’s 98% of your drink).

My next yes: A coffee scale

But when I want to do better, I measure everything out to the ratios that have worked for me before. And according to the experts, even then I’m doing it wrong, because I use volume measurements like cups and tablespoons. Apparently, coffee should be measured in weight, not volume (something to do with differences in densities).

If I’m really going to dial in my coffee routine, a scale may be in my future.

The yes after that: New brewing methods

I’m an average Josh. I’ve enjoyed coffee prepared all kinds of ways, including methods that look more like high school chemistry experiments. But left to my own devices, I use my own device. A plain-Jane drip coffee maker.

So far, if I want something different, I phone a friend or hit up my local shop. One of these days, I may up my at-home coffee game with a pour over, Aeropress, moka pot or some other device. Might be fun, and proponents swear by their method of choice.

This is the final installment in a 10-part series, “Coffee for the Average Josh.” 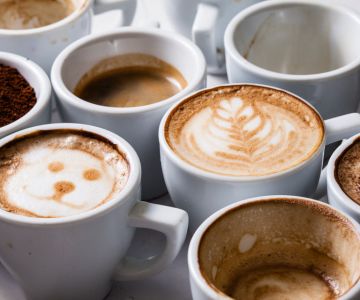 “Can there be a simpler food item?” he says. “Like if the directions weren’t there, would someone be like, ‘How do I get that goodness in me?’”

Not so with coffee. There seem to be as many ways of consuming coffee as there are drinkers.

How do you take your coffee? Here are 10 ways coffee drinkers “get that goodness in me.” How many have you tried?

Classic. Every diner table worth its salt is stocked with these two options.

While seemingly straightforward, the options are endless. There are a million sugar alternatives — from Splenda to In the Raw —or sweeten the cup with a touch of honey.

Cream starts with dairy options like heavy whipping cream, half and half, and milk. Then there’s the litany of non-dairy commercial creamers with names like “Toasted Marshmallow Mocha” — which, incidentally rarely list marshmallows and chocolate as actual ingredients and is never actually toasted.

Love coffee but want to sleep soon? Decaf was made for you — though it wasn’t grown for you. Coffee beans are harvested with caffeine (you can’t order a decaf Arabica plant), and so the beans need to go through a process of decaffeination after leaving the farm but before they are roasted.

There are two common ways this is done: one you want to know about, and one you don’t.

The one you want to know has a beautiful name: the Swiss Water Process. Beans are soaked in water, and then a science glossary walks up and smacks the caffeine out of them using solubility, osmosis and a carbon filter.

The other way to decaffeinate is with a paint stripper. OK, OK, so it starts with a water soak but then a solvent thug is brought in to actually — avert your eyes, kids — bada-bing the caffeine right out of Mr. Bean. The most commonly used solvents are methylene chloride (used to strip paint) and ethyl acetate (used in nail polish remover).

But don’t worry, the FDA has signed off on the whole thing so long as the solvents that remain stay below certain thresholds, so … nighty-night.

The Pop-Tart of coffee in that it’s ready in a jiffy, the instant variety comes in a powder form — just add hot water!

This is not to be confused with ground coffee, which is just a pulverized coffee bean. Instant coffee, on the other hand, was actually once a brewed cup of coffee that — thanks to the magic of manufacturing and/or elves — transformed back into a solid granule state.

Iced coffee is simply coffee that was brewed hot and then cooled down by refrigeration or ice.

Unlike iced coffee, cold brew was always cold. For this method, coffee grounds are steeped in cold water, with recipes generally ranging from 12 to 24 hours. When you’re ready to drink, simply strain out the grounds. Cold brew fans tend to rave about its smooth taste and low acidity.

Frozen: It’s where coffee goes “Into the Unknown.” (Amirite, Elsa?)

Most use powder mixes because many customers prefer the consistency, though some may blend ice and espresso shots. Usually, they taste like dessert and can be indistinguishable from a chocolate milkshake. (If what you want is to blend in a hot espresso shot, it helps to specify that. Some people who want a little more of that coffee punch will even add a hot espresso shot to an instant coffee mix recipe.)

It’s worth the experimentation at your favorite shop. When you score a blended ice coffee drink that perfectly suits your palate, it’s a glorious thing.

In my experience, frozen coffee drinks are the hardest to order using a common vocabulary. For instance …

Frappe: As it refers to drinks, this word has French and Greek heritage. It typically refers to a recipe that is a combination of milk, sugar, ice and instant coffee mix.

Granita: Originating from Italy, this word describes a frozen treat that is served somewhere on the scale of shaved ice to Slurpee. Like those treats, granitas can be flavored with fruit syrups or other sweet accompaniments. Coffee is just one possible flavor for a granita.

But who cares, really? These are just two of many words in Coffee Land that are sometimes used interchangeably, sometimes used for clever marketing, rarely used correctly.

My advice: Enjoy another sip, Olaf, and “Let it Go.”

In its purest (aka non-alcoholic) form, this dessert is usually represented by the following ratio: one scoop vanilla ice cream (or gelato, if you’re in Affogato’s original Italy), one hot shot of espresso poured on top.

Not to be confused by coffee recipes that feature milk, such as the flat white, white coffee actually represents an extremely light roast of coffee. White coffee is said to originate in Yemen, and the taste of the roast is notably different than more traditionally roasted coffee. While the flavor can vary, it is typically marked by a nutty quality.

Love tea and coffee? While a chai latte is a common coffee shop drink without the coffee (black tea and spices with steamed milk), it’s not uncommon for people to order drinks like this “dirty”? Don’t get the wrong idea. It just means adding coffee. Coffee-tea marriages are actually common worldwide, particularly in Asia.

If coffee and tea aren’t your thing, how about coffee and Irish whiskey? Irish coffee is just one of many recipes for making coffee that can be measured by “proof.”

What about common espresso drinks and at-home coffee?

In the second half of the Coffee for the Average Josh series, we will spend more time breaking down coffee at the shop (typically espresso) and coffee brewed in the home.

Next: What is espresso?

This is the fifth in a 10-part series, “Coffee for the Average Josh,” releasing Fridays this fall. Get your fix of Coffee 101 by signing up to receive an email when the next post drops. 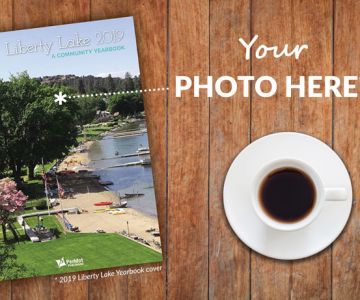 Send in your photos for a chance at the cover of the 2020 Liberty Lake Yearbook, cash prizes and a story about your photography!

Want to spotlight your photography business?
All advertisers are also featured in a story. Learn more today!
josh@peridot.info • 509-999-4567